From his roots as an art student at Canterbury University, Paul Swadel began his almost 30 year career in film where he ended it – in education.

Perhaps Paul’s biggest legacy is in education and mentorship – Paul helped develop the Bachelor of Media Arts degree course in media at Waikato Polytechnic, whilst there as a tutor in the mid 90’s. During the 2000’s Paul was a short film ‘pod’ executive producer developing new director/producer talent for the NZ film commission.

Paul was also part of the team that developed ‘Headstrong’ one of the first ultra low budget feature initiatives, which produced the films ‘ The Devil Dared Me To’ and ‘A Song Of Good’.

Paul then stepped into the role as a development executive for the NZ Film Commission, and there developed the ‘Escalator’ low budget film scheme.

Paul’s final role was at the Media Design School in Auckland, where he was Senior Lecturer in film.

There would be few professionals in NZ production who had not met, worked or studied with Paul at some stage over his career.

Paul passed away after a long illness, surrounded by family in his hometown of Christchurch. He was 47.

Paul is survived by his son Felix. 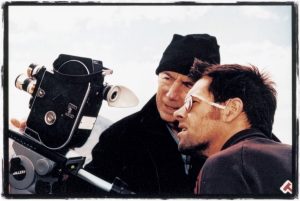