Derek Wooster (Ngāti Maniapoto, Ngāti Tūwharetoa, Ngāti Maru, Te Ātiawa) was a veteran television director and producer, serving on the board of DEGANZ from 2002 – 2005, including as Treasurer during that time.

He started out in theatre before crossing over to TV. Derek worked at TVNZ for many years and is credited with creating and producing Māori current affairs series Marae, amongst directing and/or producing many other notable programmes for our national broadcaster and Whakaata Māori across his long career. 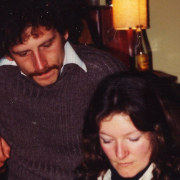