The Directors & Editors Guild of New Zealand (DEGNZ) is delighted to announce the eight female directors who will participate in its second Emerging Women Filmmakers Incubator. They are:

“It was a difficult decision but we feel that we have with this group, filmmakers who show real promise in moving rapidly towards their first major projects and sustainable careers as directors.”“Once again the selection panel were impressed by the range of talented candidates who put themselves forward for this initiative,” said Executive Director of DEGNZ Tui Ruwhiu.

The Incubator is a targeted initiative designed to give emerging female directors the opportunity to build their knowledge, skills and networks as a means to advance their careers and projects in the screen industry.

Each workshop in the programme will bring in highly successful filmmakers and experts in a stepped approach that will develop participants’ confidence and capability to engage with the screen industry as they seek to get their own projects through development and into production.

The workshop series will start in Auckland in March 2018 and run through to year’s end.

This initiative is supported with financial assistance from the New Zealand Film Commission and Vista Foundation.

The Vista Foundation was set up to foster a viable, successful, and inclusive local film industry in New Zealand. By providing support and education for necessary skills and expertise, the Foundation encourages the production of exceptional works of New Zealand cinema, and the extension of the available opportunities to wider groups and individuals. The Vista Foundation is the primary social responsibility initiative of film industry technology company Vista Group.

With a million paths to choose, it’s easy to feel lost when you’re starting out in the screen industry. How do you get your foot in the door? What does that even mean?At this Q&A, four emerging directors and editors will discuss breaking into the industry and the different ways they did it. We’re pumped to announce our panelists are directors Hanelle Harris and James Solomon; and editors Brendon Chan and Dione Chard!

DEGNZ Young Creators is a programme of events with a mission to inform and inspire younger or emerging directors and editors to build successful, sustainable careers in the screen industry.

Broadcasting Minister Clare Curran last year shared her vision for RNZ+ as a non-commercial, audio-visual and multi-platform entity, with its services expanded to include a free-to-air non-commercial television service … progressively developed from Radio New Zealand. She likened this enhanced RNZ to the BBC or ABC.

Across the ditch last week the Chairman of the ABC Justin Milne unveiled the organisation’s vision for the future at a public meeting in Sydney.

“We’ll improve our content partnerships so that we can produce more and better Australian content,” he said. “We plan to constantly increase our investment in Australian production to help ensure both a healthy Australian screen industry and to provide more and new stories for Australian audiences.

“We’ll improve our commercial operations so that our content can be seen by more people all over the world and extra funds generated can be ploughed back into more Australian content.

“In tomorrow’s media environment we can expect ongoing intensity from a number of huge international players. Australia has always been at risk of being culturally swamped by overseas media and I believe that risk has never been greater, so ensuring that the trusted and much loved voice of the ABC can continue to be heard has never been more important.”

Milne described their plan of Investing in Audiences as a series of projects which will make the ABC better for audiences and better for staff, creating an initiative he called ABC 2.0.

“ABC 2.0 will use technology to transform the way we serve content to our audiences and it will change how our people operate, attracting the brightest creative and technical talent and making the ABC an even better place to work,” he said.

As an integrated platform provider with TV, radio and digital offerings and a far larger budget, the ABC is at a significant advantage over RNZ. The $30 million that RNZ will get to transform into RNZ+ is not going to go far. Yet, RNZ is faced here with exactly the same challenges that the ABC faces: increased competition from international players and the pervasiveness of cultural colonialism from offshore.

Thankfully, Radio New Zealand is the voice of our country, long abrogated by TVNZ with its commercial imperative. And it’s proving it. In the year to 18 November 2017, among all radio stations in New Zealand, RNZ National’s station share of 11.3% makes it Number 1 nationwide (among people 10+).  Its audience of 586,700 listeners makes it the Number 2 station for cumulative audience size nationwide behind The Edge It’s this statistical data from GfK Radio Audience Measurements that tells RNZ how well it’s doing.

It’s the data and the knowledge that you can glean from it that is the Fort Knox in the new media realm.

Netflix makes its US$10 billion dollar and growing content budget decisions based on the detailed data they take from their subscribers, which provides a wealth of information well beyond surveys. And they don’t reveal to anyone else what that data tells them, not even the programme makers whose content they screen. That’s how valuable it is.

So where’s the data on New Zealanders’ viewing habits? Well firstly, its in the Nielsen ratings, which no matter how many times you are told is statistically valid, you still doubt the insights that the PeopleMeter panel of 600 households provide.

More relevant now though is the detailed data that the NZ online platforms are amassing: TVNZ OnDemand, ThreeNow, Prime Catch Up, the SVODs Neon, Lightbox, Quickflix, Amazon Prime, Netflix of course and others such as Fairfax Media, Stuff and Vice.

This detailed screen data is what RNZ+ needs to plot its course into the future and help ensure a healthy New Zealand screen industry. But it doesn’t really have it now. Here’s hoping somebody there comes up with a bright idea for them to get it, rather than leave it all with TVNZ and private players.

Data is the new power and having your own platform to mine it is the new game if you have the money and can get the audience. RNZ+ offers that opportunity, and NZ On Air and NZFC would do well to take heed of that. I think it would be a safe bet to say that the ABC has already got this in hand and I can’t imagine it’s gone unnoticed at Screen Australia.

The Directors & Editors Guild of NZ invites directors to apply for a first-time feature Director’s Workshop and Project Consultation with Australian director Rachel Perkins to be held in Auckland. 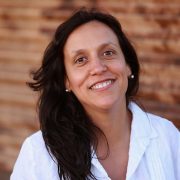 Rachel Perkins is well established in the Australian filmmaking industry as a film and television director, producer and writer. Through these various roles she has managed to provide a much-needed voice for indigenous stories, something Rachel is very passionate about. In 1992, she founded the documentary and narrative production company Blackfella Films. The company’s achievements include the award-winning landmark documentary series First Australians.

Rachel has directed four feature films, which have screened at over 75 film festivals worldwide: Jasper Jones (2017), Bran Nue Dae (2009), One Night the Moon (2001) and Radiance (1998). She currently serves on the Board of the Charles Perkins Trust, the Council of the Australian Institute of Aboriginal and Torres Strait Islander Studies (AIATSIS), and the Australian Heritage Council (Department of the Environment and Energy).

On Saturday 17 March, Rachel will give a morning half-day Director’s Workshop on the trails, tribulations and preparation for your first feature for up to 30 participants.

The afternoon will be reserved for 1-hour Project Consultations with up to four selected writer/directors or writer and director teams with a narrative drama or feature documentary project in active development.

Directors can apply for both the Workshop and Project Consultation, or just the Workshop if you do not have a project currently in active development.

Where: Auckland
Travel assistance may be available for some DEGNZ members coming from out of Auckland.

Selected projects may bring along the writer(s) to the consultation session at no extra cost.

TO APPLY please send your application in ONE PDF or DOC to tema@deganz.co.nz with ‘Rachel Perkins Workshop’ in the subject line.

To apply for a Project Consultation, please also provide:

This event is brought to you with the support of the New Zealand Film Commission and the Australian Screen Directors Authorship Collecting Society (ASDACS).