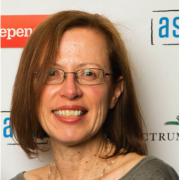 This is an opportunity for a New Zealand editor with proven talent to benefit from collegial advice and international support as they move to the next stage of their career. You do need to be a full member of DEGNZ to apply.

The mentorship offers 20 – 30 hours of Dany’s time, some by Skype and some in person, between now and the end of the year.

Dany has recently completed editing Holding the Man for Goalpost Pictures, for which she won her fourth ASE award. Other recent credits include Deadline Gallipoli, Redfern Now, Puberty Blues, Paranoia and The Sapphires. Her international work includes TV miniseries Battlestar Galactica, for which she was nominated for an Emmy Award, Warner Bros feature Queen of the Damned and In Too Deep for Miramax/Dimension.

Dany has also mentored at the Australian Film Television and Radio School and held the position of President of the Australian Screen Editors Guild from 2014 to mid 2015.

Only FULL DEGNZ members may apply. If you are not a member and wish to join, you can do so here: www.deganz.co.nz/join/
Applications should be submitted electronically to admin@deganz.co.nz no later than 9am, Tuesday 9 February.