You are here: Home1 / News2 / A Discussion with Leslee Udwin

Join Script to Screen and the Directors and Editors Guild of New Zealand as we speak to English filmmaker Leslee Udwin about the journey of INDIA’S DAUGHTER as an unforgiving foray into documentary direction, within the context of her much broader creative career as an actor and producer of critically and commercially viable EAST IS EAST and its sequel WEST IS WEST.

INDIA’S DAUGHTER documents the 2012 violent gang rape and murder of a student in Delhi and the subsequent social and cultural reaction, including the film’s banning in India and the ongoing attempts from the Indian government to censor its voice.

Note different start time to usual of 7.00-830pm session followed by a slice of pizza on us. $10 koha suggested.

We recommend that attendees see the film before attending the discussions. 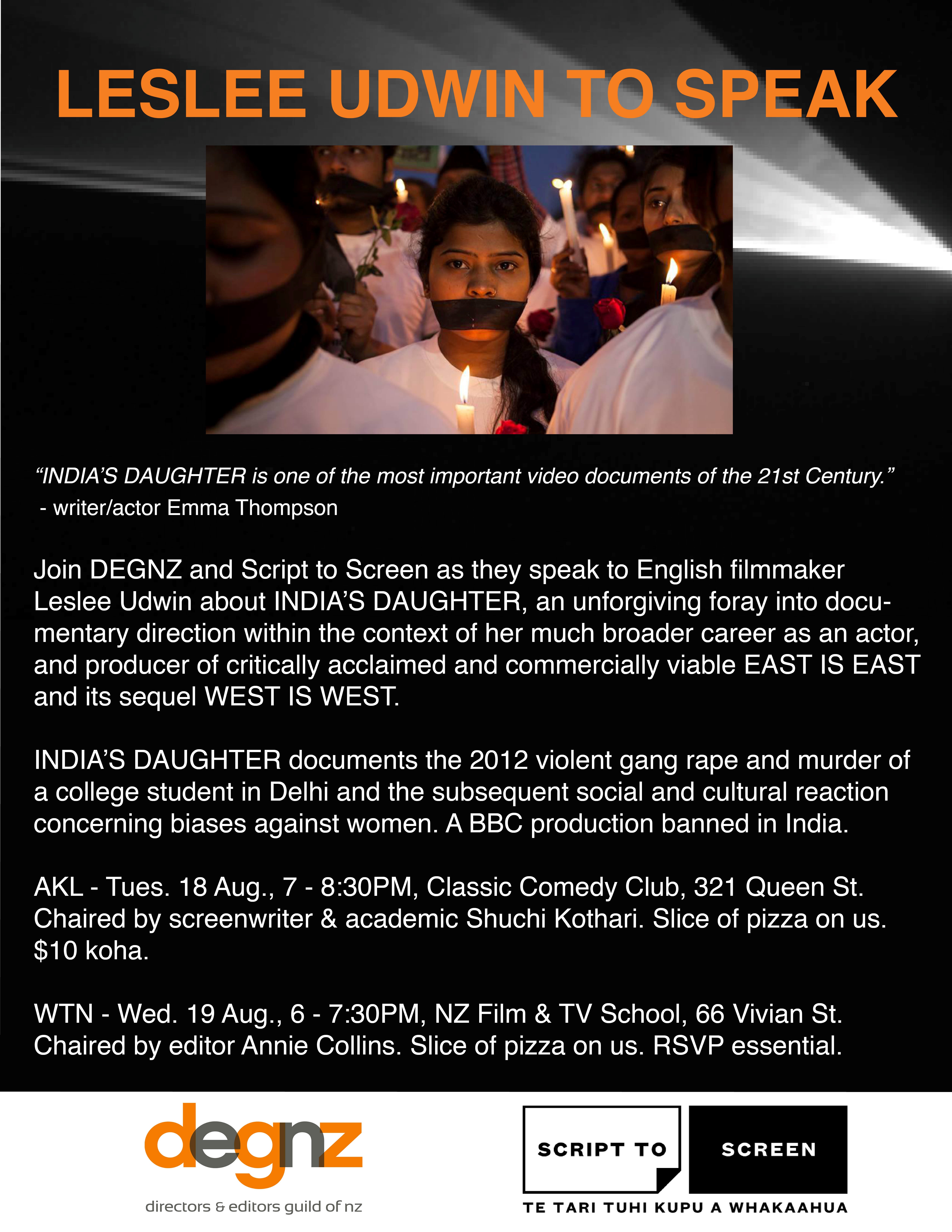