You are here: Home1 / masterclass

Film directors Dan Geller and Dayna Goldfine (Hallelujah: Leonard Cohen, a Journey, a Song) will lead a Masterclass for filmmakers in Auckland and Wellington as part of NZIFF 2022.

NZIFF is delighted to welcome Dan and Dayna back to New Zealand to present these Masterclasses designed for industry practitioners, thanks to an Artistic Development Partnership with Creative New Zealand and in association with the Directors & Editors Guild of Aotearoa New Zealand (DEGANZ).

Dan Geller and Dayna Goldfine will take filmmakers inside their craft and uncover how their filmmaking process shifts from project to project.

For more than 25 years, the Emmy-award winning directors-producers have created critically-acclaimed multi-character documentary narratives that braid their characters’ individual personal stories to form a larger portrait of the human experience.

In addition to Hallelujah: Leonard Cohen, a Journey, a Song, their credits include acclaimed The Galapagos Affair: Satan Came to Eden (NZIFF 2014), the award-winning Something Ventured (NZIFF 2011) and Ballets Russes (NZIFF 2006). Dan and Dayna were admitted to the Documentary Branch of The Academy of Motion Picture Arts and Sciences in 2014.

Masterclass attendees are encouraged to see Hallelujah: Leonard Cohen, a Journey, a Song at NZIFF beforehand. 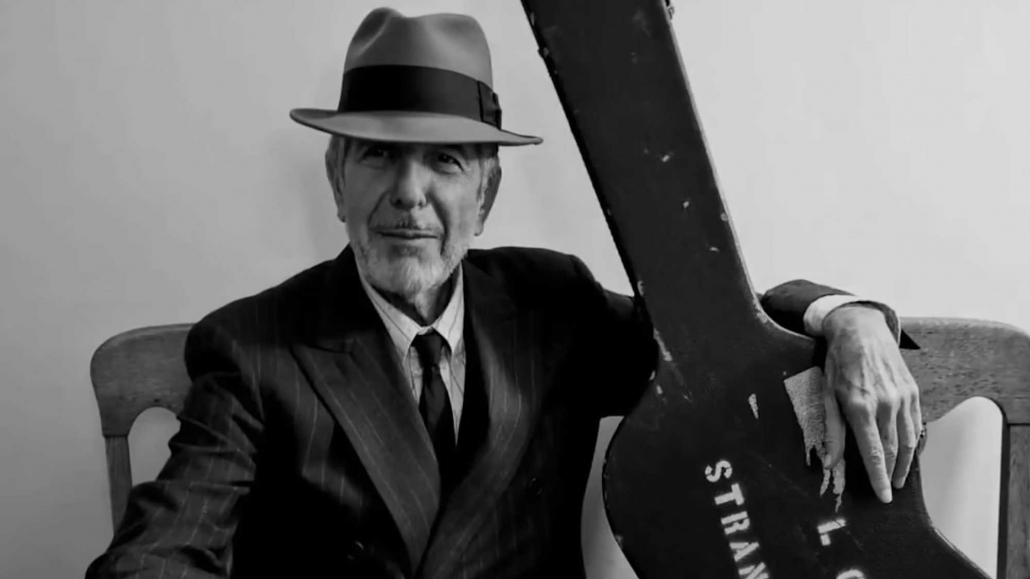 Film director Thom Zimny (The Gift: The Journey of Johnny Cash) will lead a Masterclass for filmmakers in Auckland as part of NZIFF 2019.

This is the second time NZIFF has been able to provide a Masterclass designed for industry practitioners, thanks to an Artistic Development Partnership with Creative New Zealand. The Masterclass will take place on Thursday 1 August and will be run by the Directors & Editors Guild of New Zealand (DEGNZ) on behalf of NZIFF.

Thom Zimny, known for his award-winning documentaries, will take filmmakers inside his process from the research phase through to the edit with special focus on the edit process. Works discussed will include The Gift: The Journey of Johnny Cash and Elvis Presley: The Searcher.

Masterclass attendees are encouraged to see The Gift: The Journey of Johnny Cash at NZIFF beforehand (Tuesday 30 July or Wednesday 31 July).

Limited tickets for the Masterclass are on sale from Ticketmaster.

Thom Zimny is an award-winning artist, director, producer and editor. Working with Bruce Springsteen for the past 18 years, Zimny has directed documentaries including Bruce Springsteen’s High Hopes, The Ties That Bind and the newly released Springsteen On Broadway. He has previously directed and produced two feature length documentaries chronicling key chapters in Bruce Springsteen’s recording career, winning a Grammy for Wings For Wheels: The Making of Born to Run. In addition, Zimny edited three seasons of the highly acclaimed HBO series by David Simon, The Wire and helmed music videos for Bob Dylan, The Low Anthem and many others. The Gift: The Journey of Johnny Cash was made in collaboration with the Cash Estate, and premiered at this year’s SXSW Film Festival.

The Gift: The Journey of Johnny Cash

Monday 5 August at 6.30pm at the Roxy Cinema

Tuesday 6 August at 2.15pm at the Roxy Cinema

* Apply the Industry code from your guild/association when booking.

Film director Debra Granik (Leave No Trace, Winter’s Bone) will lead a Directing Masterclass for filmmakers in Auckland as part of NZIFF 2018.

This is the first time NZIFF have been able to provide a Masterclass designed for industry practitioners, thanks to a new Artistic Development Partnership with Creative New Zealand. The Masterclass will be a half day course on Friday 27 July and will be run by the Directors & Editors Guild of NZ (DEGNZ) on behalf of NZIFF.

Debra Granik, known for her social realism film style, will take filmmakers through an interactive discussion of her work with a focus on Leave No Trace and Winter’s Bone. She will also share examples from her filmmaking influences and past and current documentary work.

Masterclass attendees are encouraged to see Leave No Trace at NZIFF beforehand (Friday 27 July, 10.45am at the Civic).

Limited tickets for the Directing Masterclass will be on sale from Ticketmaster at 9.00am on Monday 23 July.

Debra Granik is the director and co-writer of Winter’s Bone, which was nominated for four Oscars including Best Picture. It featured John Hawkes and Jennifer Lawrence in her breakthrough role. Granik and co-writer Anne Rosellini were also Oscar-nominated for Best Adapted Screenplay. Her first film, Down to the Bone, starring Vera Farmiga, won Granik the Best Director Prize at the 2004 Sundance Film Festival. In 2015 Granik completed Stray Dog, a feature documentary which aired on Independent Lens and was nominated for an Independent Spirit Award. Leave No Trace is her fourth feature, and it premiered at Sundance 2018 and screened as part of the Cannes Directors’ Fortnight. It stars Ben Foster and Thomasin Harcourt McKenzie.

Granik will introduce her film and hold Q+As at The Civic in Auckland and the Embassy Theatre in Wellington. New Zealand actress and lead star of the film, Thomasin Harcourt McKenzie, is also confirmed to join Debra Granik at the Saturday (Auckland) and Sunday (Wellington) screenings.

Auckland screening featuring a Q+A with Debra Granik
Friday 27 July, 10.45am at the Civic Theatre

* Members will have received their NZIFF discount code through their guild.

DEGNZ invites editors to apply for an Editing Drama Workshop with Peter Roberts, award-winning editor and former President of the Guild. The 2-day workshop will be held on 14-15 April in Auckland. 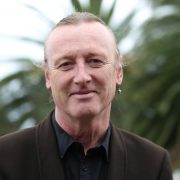 Peter Roberts has cut a prolific range of documentaries, shorts, features and TV shows. In 2014, Peter edited the drama feature film The Dark Horse, documentary feature Hip Hop-eration, and the short film Dive. All three won Best Film locally and each earned him a nomination for best editor. Follow-up projects have ranged across the globe: from ensemble drama Vermilion, shot in Auckland, to American indie drama For Izzy (produced by Kiwi actor Michelle Ang) and Kiwi-Chinese fantasy Into the Rainbow. Recent TV credits include telemovie Jean and Australian drama Cleverman. Peter was the first editor president of DEGNZ.

Where:
South Seas Film and Television School, Auckland
A travel allowance is available to some DEGNZ members travelling from out of town.

* If you are new to Avid Media Composer, a free 30-day trial is available for download to familiarise yourself with the software ahead of the workshop.

This event is brought to you with the generous support of the New Zealand Film Commission.

DEGNZ Selects presents this special director’s masterclass on 21 March with Lion and Top of the Lake director Garth Davis. Garth will discuss in depth the making of his latest feature Mary Magdalene, to be released in cinemas on 22 March starring Rooney Mara and Joaquin Phoenix. Participants are encouraged to watch Mary Magdalene before the class – see below for advanced screenings.

Garth is BAFTA- and Emmy-nominated for Top of the Lake, DGA Best First Feature winner for Lion, and Gold Lion winner for his TV commercials work. This masterclass is a rare opportunity to engage with a much sought after director on the international scene.

Thanks to Garth Davis, The Equity Foundation, the New Zealand Film Commission and the Australian Department of Foreign Affairs and Trade for their support of this event.