DEGNZ is pleased to announce Jackie van Beek for the first Rehearsal & Performance in 2019. 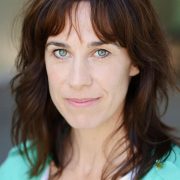 Jackie van Beek is a New Zealand actor/writer/director. As an actor she is best known for her role as the desperate familiar in Taika Waititi and Jemaine Clement’s vampire documentary, What We Do in the Shadows, inept television producer, Pauline, in TV3s Funny Girls and the straight-talking Gloria in Australia’s Channel 7 show 800 Words.

Her first feature film, The Inland Road, premiered in competition at the 2017 Berlin Film Festival. Her second feature film The Breaker Upperers (created with co-writer/director/actor Madeleine Sami) premiered to rave reviews at SXSW, opened the Sydney Film Festival and recently sold to Netflix US. Jackie is a director on television spin-offs Wellington Paranormal (NZ) and What We Do in the Shadows (US) and is currently in post-production on Educators, an improvised comedy she co-created with Jesse Griffin and Jonny Brugh for TVNZ OnDemand.