Kirsty Hamilton, an alumna of the DEGANZ Women Filmmakers Incubator, is set to direct short film Save Me.

Written by Suzanne Adamson, the short film follows a mother-daughter dynamic; when a teenage girl is blamed for her brother’s death by her grieving mother, she makes a sacrifice to win back her mother’s love.

Kirsty spoke about the project saying: “As a writer… I know that when a script fills my head with visceral, emotional images as Suzanne’s does, it’s a given I want to be on board and facilitate the screenplay to the best iteration on screen.”

Kirsty graduated from the inaugural intake of the Incubator in 2016. She has since gone on to direct various projects. 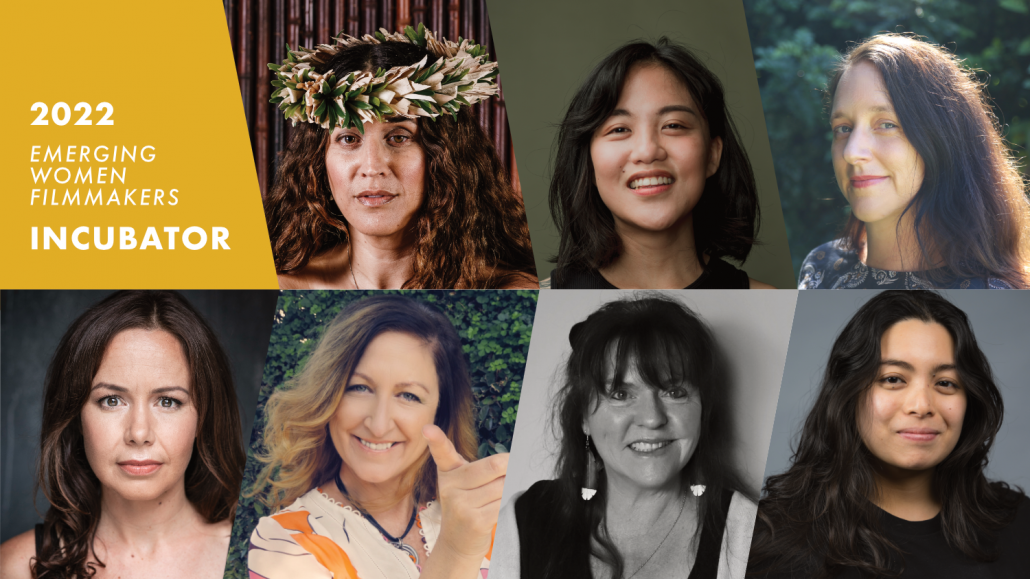 Today, the Directors and Editors Guild of Aotearoa New Zealand is thrilled to announce the seven female directors selected for the Emerging Women Filmmakers Incubator 2022.

Now in its sixth year and thanks to ongoing support from Te Tumu Whakaata Taonga New Zealand Film Commision and the Australian Screen Directors Authorship Collecting Society (ASDACS), the Incubator aims to support each talented participant to advance their careers and projects. The programme brings the directors together for five workshops across the year to connect with each other and hear from established screen industry practitioners working in New Zealand and abroad.

We look forward to seeing the participants at our first workshop in May, and extend our thanks to every director who applied.

MARY-LYN CHAMBERS was born in Fiji and raised in Nauru and Aotearoa. She has worked in Los Angeles, London and Doha and is known for narrative stories about inequality in mixed languages. She spent a decade working at the Spirit Awards and the LA Film Festival. She is a directing Fellow from the Sony Pictures Television Diverse Directors Program, Film Independent, and the Alliance of Women Directors.

Prior projects include Karanga, a collaboration with choreographer Merenia Gray funded by CNZ and screened on Sky TV. Her Imagen Award-nominated pilot Tijuana screened at Slamdance, Bentonville, HollyShorts and Content London. Plural of Blood won Best TV Pilot at the 2018 Downtown Los Angeles Film Festival. Debris participated in the UN’s Refugee Voices in Film Conference at the 2016 Cannes Film Festival. Mary-Lyn is known for hiring women and minorities. 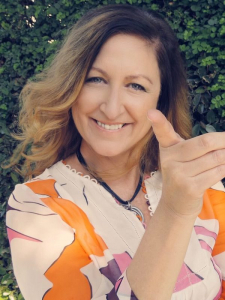 MĪRIA GEORGE (Ngāti Kearoa, Ngāti Tuara; Tumutevarovaro, Enuamanu, Kuki ‘Āirani) is a playwright, screenwriter and a director and producer of theatre and film. The portmanteau feature film VAI (Brown Sugar Apple Grunt Productions) premiered at the Berlin International Film Festival in 2019, and marked Mīria’s debut as a writer and director of film.

Mīria has also created and directed digital content including Big Hair, Don’t Care, a web-series that documents conversations with Māori, Pasifika and Women of Colour artists of theatre and film; and is producing the 15-part series Ahi Kā for the online platform Moana Nui. 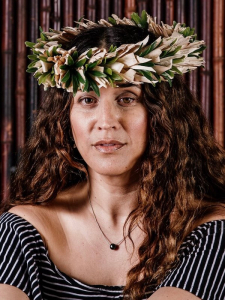 JOLIN LEE is an emerging writer/director of Singaporean-Chinese heritage based in Tāmaki Makaurau. She has been working in Aotearoa’s screen industry for the past six years after pivoting from her journalism roots in 2015, directing a number of music videos and short films. Her short film Ur Dead To Me was selected for the Palm Springs Shortfest in 2018.

Jolin also works prolifically in Tāmaki’s commercial industry as a writer and editor, and has found success in this space, going on to work on some of Aotearoa’s best ad campaigns, from the viral Keep it Real Online campaign and educational web series The Eggplant for the Dept. of Internal Affairs, to the widely celebrated Proud to be Māori campaign for Te Whānau o Waipareira. Jolin is also a Creative and Head of Post Production at award-winning Auckland Agency Motion Sickness. 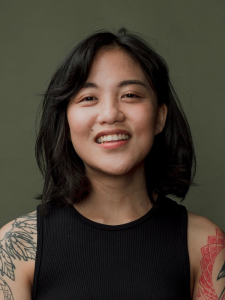 MAGNOLIA LOWE is an award-winning film-maker who is passionate about storytelling. She has a background in directing commercials and is the principal at Magpie Content Creation.

Previous documentaries include Mapping the Messiness, which follows Australian graduate teachers and US and them, a short documentary about the other side of US-Mexico border migration, featuring stories of Americans who left the US to live in Mexico in 1999. Magnolia has also previously written for The Conversation and has co-authored an academic article about documentary film-making as a research method. 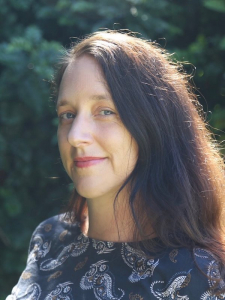 MIA MARAMARA is a Filipino-born filmmaker with work that has screened both locally and internationally. Her passion for authentic, trailblazing stories has led her to wear different hats in the industry, most notably as a writer, director, and producer.

In 2021, she wrote and directed Albularyo (Beyond the Veil) for TVNZ OnDemand and TV2, which earned the distinction of being the first Filipino-led drama on New Zealand TV. She also recently directed the short animated documentary Only Human as part of the Loading Docs initiative.

In the Philippines, she trained under award-winning producer Bianca Balbuena and worked as a production assistant on Pepe Diokno’s film Above the Clouds. 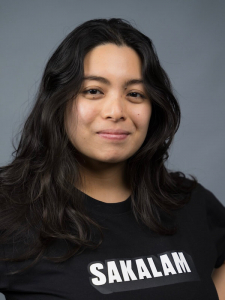 FIONA MCKENZIE, after gaining her degree, began work with TVNZ in Dunedin, writing and field directing for the children’s department. After her OE and time as a regional TV journalist, she moved to Auckland in 1995 and trained as a Drama Director with South Pacific Pictures. As a freelancer in the late 90’s she directed a variety of programmes and genres including documentary, drama, multi-cam and sketch comedy.

In 1998 her first child was born, with significant disabilities, so work took a back seat and she and her family moved back to rural South Island, from where she continued to make films for galleries, museums, disability groups and other clients.

In 2019/20 she wrote and directed her first narrative short film, Peninsula, which premiered at Tribeca (New York) in June 2021, won its section at Bengaluru and played at Aesthetica and NZIFF that same year. 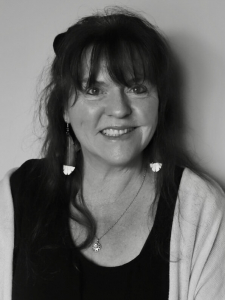 ALISON TITULAER started in the film and TV industry in front of the camera, studying acting in Auckland, New York, and Vancouver, while gathering experience in the many facets of production by working a variety of crew roles. Learning what makes a great script and an honest performance, Alison naturally switched to the other side of the camera.

She has written and directed several short films, and received the Gaylene Preston WIFT Best Female Director award at the 2018 48 Hour National Finals. Her NZFC Fresh Short funded film, Stella, is embarking on its international festival run, and she is developing her first feature.

Alison freelances as a creative producer and director of commercial content and is one half of the production company Citizen Creative. She lives on the Coromandel Peninsula, is step-mum to 9-year-old Ophelia, and mum to 4-month-old Xavier.

Made possible with the financial support of

We are excited for member Michelle Savill (DEGANZ Incubator 2018) whose debut feature film, Millie Lies Low, will have its international premiere at the Berlin International Film Festival (February 10-20), as part of the Generation programme.

So far, Berlinale has announced ten features and seven shorts invited to play in Generation. According to the festival, the films selected in this programme stand out for the unconventionality and willpower of their protagonists.

Directed and co-written by Michelle, this comedy drama film finds protagonist Millie using fantasy, charm and typical NZ humour to fake a life in New York, one that she would have been living if she hadn’t missed her flight. As a secret shadow to her own life, she learns a lot that she would rather not have known. Listen to Michelle talk to RNZ about how her own experience influenced the story.

In other good news, Datsun is set to have its international premiere at Berlinale as well. The short film follows 14-year-old Matt as he takes his late father’s car on one last tour before its sold. It was edited by DEGANZ member Luke Haigh.

Congratulations again to our members!

The NZWG announced the recipients of the second round of Seed and Seed Advanced for 2021 late last year, with many of our members’ faces among them!

Well done to Rajneel Singh, David Hay and DEGANZ Incubator alumni Nahyeon Lee and Stella Reid, who are all recipients of Seed grants. One of the most competitive writer-only grants for draft feature film scripts in NZ, this round of Seed received 148 applications.

Congrats also goes to member Jesse Griffin who is one of only two recipients of the Seed Advanced grants.

Stella Reid – The Band of the True Prophet

Congratulations to all our members again!

The Directors and Editors Guild of Aotearoa New Zealand is now accepting applications for the sixth Emerging Women Filmmakers Incubator.

In 2022, the talent-focused development programme will mentor a handful of selected female directors from Aotearoa New Zealand.

The overall vision of the Incubator is to empower the participating directors with the confidence, knowledge and connections that they can use to go on and direct a feature film, drama or scripted series.

The Incubator is intended primarily for emerging debut directors of feature film (drama or documentary), but will also consider those wishing to establish careers in TV drama and scripted content.

Applicants must apply with a project, but the Incubator is primarily focused on filmmaker development, not project development.

The objectives of the Incubator are:

Participants will attend five one-day workshops across 2022 with the first scheduled to take place in May. All workshops are intended to be held in Auckland, and a travel allowance will be available for participants based in other regions. For safety reasons, all applicants need to have had at least two doses of the COVID-19 vaccine.

Participants need access to a computer to participate via Zoom if the workshops are affected by COVID-19 traffic light settings.

The workshops are individually themed to provide specific knowledge, networks, skills, and inspiration that enable participants to advance themselves and their careers. As the global screen industry continues to undergo constant change, DEGANZ will remain flexible as to the actual content of the programme, seeking to incorporate information and opportunities that are relevant.

All applicants will be expected to have a good level of directing experience with scripted content, such as acclaimed web series, shorts with festival success, TV commercials, or broadcast content.

Selected participants must be DEGANZ Full members for the duration of the Incubator programme.

A selection panel will shortlist candidates. Shortlisted candidates must be available for a one-on-one interview via Zoom in mid-March. Getting an interview does not imply that you have been selected for the Incubator.

If shortlisted, you will be expected to immediately supply prior to the interview a detailed Writer’s Treatment of your active project (different to your 1-page synopsis). The treatment needs to be within a minimum of 5 pages to a maximum of 10 pages.

The Incubator participants will be selected from the shortlist following the interview.

Decisions will be final and no correspondence will be entered into.

Compile your documents into a single PDF file* in the order matching requirements 1 – 5.

Give your PDF the following naming convention:
(YourName)_DEGANZWomenFilmmakersIncubator_2022

Send your application to admin@deganz.co.nz with DEGANZWFI2022 in the subject line.

The Incubator is made possible thanks to the generous support of the New Zealand Film Commission.

Questions about the Incubator?