You are here: Home1 / emerging editors

It was 2009 and I’m working at Unity Books in Auckland, my specialty – children’s picture books and classics of literature. It’s been 2 years since I quit my career as an art director in advertising with no intention to ever step back into that world. I loved selling books and I still work at Unity from time to time, but in 2009 I was hoping to find a new path.

A friend mentioned a job going at TVNZ. They were looking for creative producers with an advertising background. A ‘creative producer’ makes 30-60 second promo videos for movies and shows; you write a script, edit the footage, direct the voice over talent, select music, SFX etc.

My only film editing experience was that once, I made a joke video on iMovie to amuse a friend, but I brazenly applied all the same.

To this day I’m still not quite sure how I was hired, it was a total accident, didn’t ask for it, fell on my lap. Perhaps a mix of luck and fate. TVNZ sent me on a two-day crash course to learn Avid Media Composer. The next day I started working. It was incredibly hard, I felt like a senior citizen learning computer skills, and back then there were no YouTube tutorials. The first few months I’d work late nights, I’d work weekends and study other people’s work, frame by frame. Why does one cut on a particular frame? What makes an elegant edit?

One day, my Creative Director pulled me aside and told me that he thought I had the right sense of timing to be a good editor. This encouragement drove me to want to be the best at TVNZ and I continued working late nights and weekends. The work projects became more complex and I was trusted to cut important campaigns, brand montages. I won international awards. In 2015 I became a freelancer. I worked for Sky TV and edited commercials with the ultimate goal in mind – to edit movies!

Sometime in 2016, I bumped into an old friend – director Florian Habicht. He’d recently returned from living overseas and told me he’d noticed my work. “One day we’ll work together,” he said. That comment encouraged me enormously. I was determined to make that happen, I just didn’t know how to make the switch from TV to film. 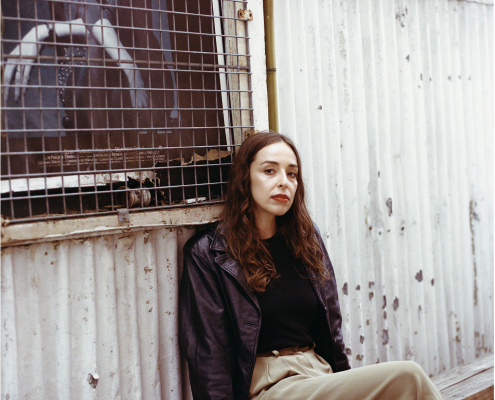 A personal connection helped. A friend of mine, director Jessica Sanderson, asked me to edit her NZFC funded short film, Ways to See. Again, luck was on my side, Annie Collins – the greatest editor in New Zealand – agreed to mentor me through this project. My fate was set there and then. Annie taught me everything about long-form: the workflow, the protocols, how to log, the assembly process. Annie also suggested that I trust my instinct, and this is something that can’t be taught, it must be in you as a person. Ways to See and my second short film, Ani by Josephine Stewart-Te Whiu, travelled the world with much success. This gave me confidence to continue to edit.

Educational institutes are not the only paths to knowledge, nowadays. I’m sure going to film school would have been of great help and, personally, I wouldn’t encourage anyone to follow my path. What helped me is that I was a movie mad kid. Movies and books took up most of my imagination growing up. My advice to young people – your hours of watching films are not wasted. Be curious. Be generous with your time as you’re investing in your future, if it means working for free – do it.

Most importantly, you have to love the magic and spectacle of film or else you’re in the wrong industry.

“Astonish me,” Sergei Diaghilev used to say to his dancers. “Astonish me,” I say to every person involved in the process of movie making.

Anastasia is an award-winning editor based in Auckland. In the last few years, she has edited feature film documentary Fiona Clark: Unafraid, co-edited documentary James & Isey; as well as short films, documentaries and music videos.

Brendon Chan has been selected as the attachment to editor Peter Roberts on feature film Juniper as part of the Directors & Editors Guild of NZ’s ongoing Drama Editor Attachment Scheme. 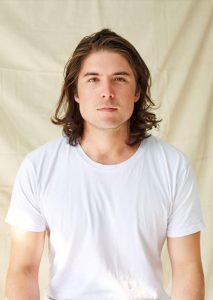 Brendon entered post production in 2010 as an assistant editor, where he worked on feature films, such as Born to Dance, Hunt for the Wilderpeople and Black Christmas.

He made the leap to editing full time in 2017, working across a broad range of television, web and film content. His work includes Associate Editor on Turbo Kid, Additional Editor on 6 Days and Assembly Editor on Do No Harm.

Brendon begins his attachment in February.

Juniper is directed by Matthew Saville, produced by Desray Armstrong and Angela Littlejohn and edited by Peter Roberts. On returning home from boarding school, a self-destructive teenager discovers his gin-soaked grandmother has moved in. A battle of wills ensues which enables him to embrace life again, and her to face her own mortality.

DEGNZ is excited to be able to offer a third member of the Guild a Drama Editor Attachment on a New Zealand feature-length film. Previous attachment recipients are Rotorua-based editor Lea McLean who is currently completing her attachment to Annie Collins on Coming Home in the Dark, and Anastasia Doniants to editor Paul Sutorius on telefeature A War Story.

With a million paths to choose, it’s easy to feel lost when you’re starting out in the screen industry. How do you get your foot in the door? What does that even mean?At this Q&A, four emerging directors and editors will discuss breaking into the industry and the different ways they did it. We’re pumped to announce our panelists are directors Hanelle Harris and James Solomon; and editors Brendon Chan and Dione Chard!

DEGNZ Young Creators is a programme of events with a mission to inform and inspire younger or emerging directors and editors to build successful, sustainable careers in the screen industry.