You are here: Home1 / collaboration

Intimacy can be tricky to bring to life on screen whether it be in a documentary or a drama. When done correctly, though, within an environment of safety and trust, it can organically unfold in front of our eyes.

To begin the new year, DEGANZ brings together director Ollie Lucks and editor Francis Glenday in a session moderated by Annie Collins to discuss the interesting and unique process of writing, directing and editing documentary There Is No ‘I’ in Threesome. This doco was one of the first to work with an intimacy co-ordinator. Discover what it took to bring such an intimate and personal story to the screen, the challenges (Spoiler Alert) of a scripted piece masquerading as a non-scripted one, and find out why the director and editor relationship is so important. Francis admits that “it was an unusual one because the naked talent on screen isn’t normally sitting next to you when you’re cutting it”.

A candid documentary that follows a modern-day love story, exploring the ups, downs and pitfalls of an open relationship and what it means to be in love. Directed and Co-written by Ollie Lucks, and made with the support of the New Zealand Film Commission. Available on NEON.

Jan Oliver Lucks (Ollie) was born in Germany to an Iranian/Indian mother and German father. In 2005 he moved to Dunedin to study film. Together with Max Bellamy in 2014, he directed haunted baritone tale The Characteristics of C-Minor, which screened on BBC Knowledge and at a number of global festivals.

In 2015 Ollie began tailing ex-pro wrestler Wilbur McDougall for a popular Loading Docs short Wilbur Force, which premiered at NZIFF and became a Short of the Week on Vimeo. After the short was picked up by Māori Television it became a feature-length film titled Wilbur:The King in the Ring. 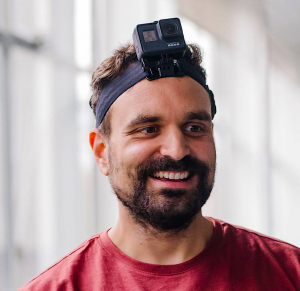 Francis Glenday is an editor & animator with 20 years experience, cutting on a wide range of projects from film through television and everything in between.

He has a long line of credits including POI E: The Story of our Song, for which he was nominated for Best Documentary Editor at the Rialto Channel NZ Film Awards 2017, This Town, Grand Designs New Zealand, Herbs: Songs of Freedom, Nigel Latta Blows Stuff Up, On Thin Ice and many more. He is currently in post-production for the documentary Frocks and Divas. 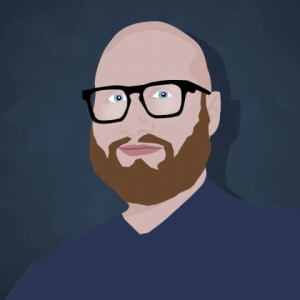 A new trailer for Mystic Season 2 has recently dropped on CBBC’s Youtube Channel. This season was produced by David Stubbs (DEGANZ), and directed by fellow members Aidee Walker and Caroline Bell-Booth. We would like to extend a big congratulations to the team!

A family thriller with a supernatural twist, Mystic follows London-raised teen Issie who moves to rural New Zealand. After encountering a frightened and mysterious horse in the wilderness, Issie unravels a series of secrets. Mystic was shot on location in Auckland.

Mystic is an adaptation of the Pony Club Secrets book series by kiwi journalist-turned-novelist Stacy Gregg. The show is an international production between TVNZ and CBBC. Following the success of its first season on TVNZ and BBC iPlayer, Mystic was renewed for a second and third season.

Season 2 will be released for New Zealand viewers next year, but in the meantime, the first season is available to watch on TVNZ OnDemand.

Filmed live in Auckland’s Holy Trinity Cathedral, Rebecca had just one live performance to get the film right which required a lot of careful pre-production planning, including bringing camera operators into rehearsals.

Semele is a sensual love triangle between Jupiter, King of the Gods, his wife Juno, and his lover, the mortal princess Semele.

Although the film’s premiere was back in May in Auckland, this nationwide release enables New Zealand Opera to travel from major cities to the regions. Find out more information on the film and see if it’s screening near you.

Meanwhile, Rebecca’s short film The Finding has been selected for Montecatini International Short Film Festival in Italy, one of Europe’s longest running short film festivals. The film, written and directed by Rebecca, was shot on Kodak 16mm in Central Otago and Dunedin. In The Finding, a teenager’s efforts to reconnect with her estranged father forces them to confront a secret in their past.

The New Zealand International Film Festival has announced that local shorts will also screen before selected feature films in Auckland and Wellington, on top of the NZ’s Best and the Ngā Whanaunga Māori Pasifika short film sections. Keep an eye out for these five short films by DEGNZ members.

Director/producer and DEGNZ member Grant Lahood will have his short The Man Downstairs  screened this year during the festival. The premise is mysterious as young couple Jess and Tom move into the perfect new apartment upstairs from their landlord Colin, but then things start getting strange.

Grant Lahood also has another short film screening, one he wrote, directed and produced called Marieville. Marieville is centred around Karen and a sudden encounter with an icon from her past that conjures evocative memories of her late father and his passion for a model Mississippi paddle boat.

The storyline for The Meek simply couldn’t be more timely: in a twist of chromosomes and fate, young Izzy may also be the key to humanity’s future in a world ravaged by a deadly virus. The short film set to screen at this year’s festival is directed and written by DEGNZ member Gillian Ashurst and edited by Jonathan Woodford-Robinson.

DEGNZ board member Steven Chow will see his film Munkie screened in Auckland and Wellington during the festival too. Steven wrote, directed and edited Munkie which tells the story of Rose and her violent plan for revenge against her domineering tiger parents.

In the film Peninsula, Mark is pushed out of his comfort zone while trying to reconnect with his estranged son Toby and deal with his new neighbour Amber who does things differently. Written and directed by Fiona McKenzie and edited and produced by Scott Flyger, Peninsula has done extremely well internationally and we are excited to have it screen on our shores again.

Six short films have been selected as finalists for Whānau Mārama: New Zealand International Film Festival’s New Zealand’s Best Short Film Competition. Amongst those selected by Guest Selector, award-winning actress and filmmaker Kerry Fox, are films made by our very own DEGNZ members.

Only F**ks Pat Me on the Head

Only F**ks Pat Me on the Head is an intimate documentary about John, a Wellingtonian with Cerebral Palsy, as he shares the frustrations of living with CP in a world not designed to accommodate those who are different. This short doco is co-directed and co-produced by DEGNZ member Paul Wolffram.

In Datsun, fourteen-year-old Matt takes his dad’s yellow Datsun for one last wild joyride with his best buddy and kid brother in tow. DEGNZ member Luke Haigh was the editor of the film.

A total of four prizes are to be won; The Vista Group Award for Best Short Film, the Creative New Zealand Emerging Talent Award, the Auckland Live Spirit of the Civic Award and The Audience Award.