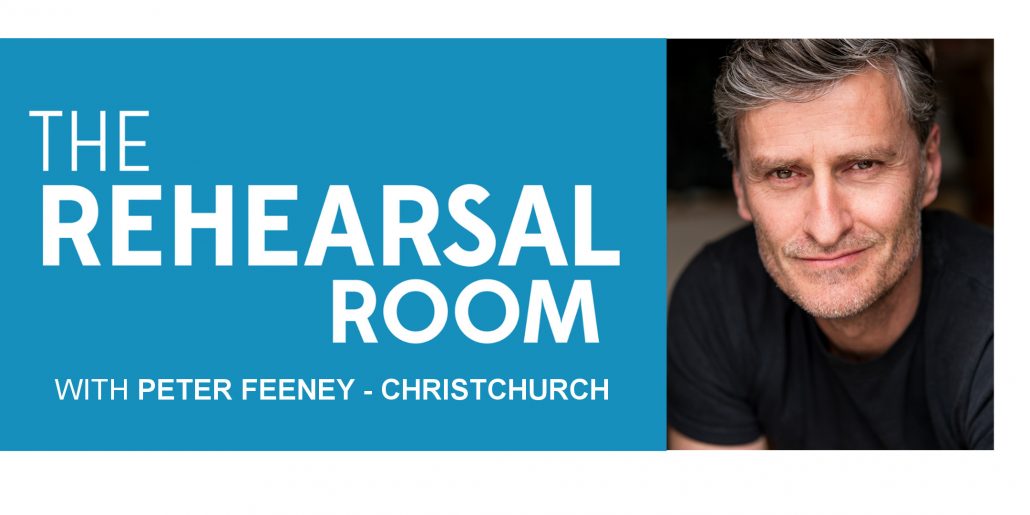 “Directors need as much practise… spending time with actors as they can get. It’s such an important relationship and so often writer/directors, especially, spend so much time by themselves with a script… and very little importance is placed on being able to direct actors.” – Past actor participant

REGISTER on our event page to have your name in the draw to participate. For each event 4 directors and 8 actors will be selected. ONLY Actors Equity actors and DEGNZ directors are permitted entry to The Rehearsal Room.

You need only register once. Your name will remain in the draw for future Rehearsal Rooms unless you ask us to remove it. If you are selected, we’ll email or phone you to confirm your participation.

Moderator – Peter Feeney
After moderating two excellent Rehearsal Rooms in Auckland and Wellington in 2016, Peter Feeney will bring his knowledge and insights to Christchurch.

Who is The Rehearsal Room for?
Professional actors and directors. It is open to Actors Equity and DEGNZ members of all levels of experience, from novices to virtuosos.

Material
Directors will be asked to provide a two-character scene (2 pages) or, if you prefer, a scene will be provided for you. Directors and actors will receive scripts in advance.

Structure of the event
Directors and actors will spend time rehearsing their scenes, with emphasis on connection and content.

The Rehearsal Room is hosted by Directors & Editors Guild of New Zealand and the Equity Foundation, with financial support from New Zealand Film Commission.