I was listening to a podcast this morning in which Eliza Hittman, the director of the feature film Never, Rarely, Sometimes, Always was being interviewed. It very clearly highlighted to me that she is a talented filmmaker, although I have yet to see this film or any of her others. She just talked like one, both in terms of her writing and her directing. But something caught my ear as she was discussing her work, and that was the praise that she had for her editor.

Now I’d have to say it was brief, and understandably so. The interviewer was pressing her on her approach to filmmaking and she was trying to respond succinctly to his questions.

But in pondering what to write about this week it made me want to highlight the craft of editing that can so often go unacknowledged, whether it be in features, drama, or any other genre. Sure, we have awards that bestow upon the editor some recognition, but in general conversation both within and outside of the industry you rarely hear someone say that the editing was amazing.

Of course it’s not that easy to single out editing, in big part because the best editing is invisible according to many of the greats who practise the craft at the highest levels.

It can be easy to think that editing is a technical craft, particularly since digital technology took over the edit suite. Yes, button pushing, technical wizardry and digital manipulation have replaced scissors and tape. Editing operates though at both a conscious and an unconscious level—feel, mood, pace, tension—these and all the other elements of filmmaking are as much the realm of the editor as they are of the director.

As in Eliza’s case, the person most likely to complement the editor is the director, particularly in features. They generally are true collaborators crafting the work together: Scorsese with Schumacher, Caro with Coulson, Pooley with Woodhouse. You don’t have to dig deep to see where the director – editor bond exists, and stays when the connection is found.

In television, it’s more often the producer who appoints the editor or editors to a project. And most producers know a good editor can save their bacon. Smart directors quickly figure this out as well.

We are fortunate in New Zealand to have a lot of good editors. On the DEGNZ board, Annie Collins, Francis Glenday, Margot Francis. Peter Roberts, former President of DEGNZ, another. Current President Howard Taylor, who now firmly sits in the director seat, started out and worked for many years as an editor. And we have many other current and past members who have made their mark as editors on both New Zealand and international features and shows. As well, we see in our workshops and through the work we are exposed to new generations of editors who are grasping both the craft and the art that makes great editing.

Next time you watch something great on the big or small screen, take some time to find out who the editor was if it’s not something you do already, and look them up. They will have made a big a contribution to your enjoyment most likely because you didn’t notice it.

So let’s move that rarely said acknowledgement to sometimes or always, making editors and editing a little more real to everyone. 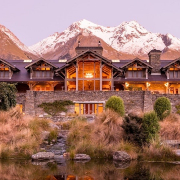 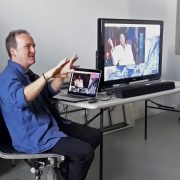 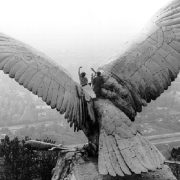 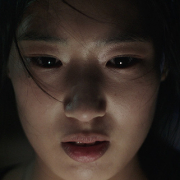 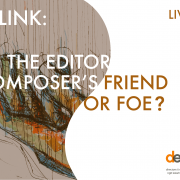