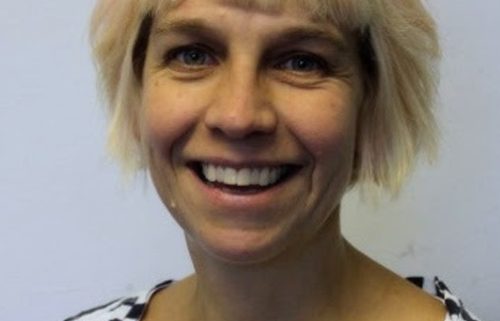 DEGNZ is pleased to call for applications from members for a one day editing workshop with acclaimed UK editor, Justine Wright (Locke, Touching The Void, The Last King of Scotland, The Iron Lady).

The eight selected editor participants will cut scenes from one of Justine’s recent films and discuss their editing choices. Justine will talk about her own challenges and decisions in editing the same material.

The focus of the workshop is drama editing, however Justine is also an accomplished documentary editor, and will talk about her transition from documentary to drama (and back again).

The workshop is free of charge and is aimed at editors with a level of industry experience, and who are fully experienced working with Avid.

When: Saturday 04 October 2014
Where: Ponsonby, Auckland
Travel: DEGNZ will assist with travel for participants from outside Auckland

TO APPLY:
Please send a one page CV and a covering note (less than one page) explaining why you should be selected and how you feel the workshop will benefit you professionally.

Email your application to lucy@deganz.co.nz by 5.00pm Wednesday 10th September.

This initiative is for DEGNZ members only 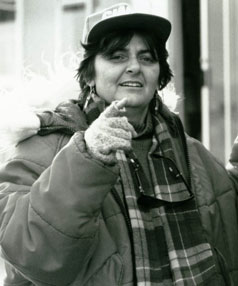 A memorial service to celebrate the life of Caterina de Nave will be held on: Saturday Saturday 30 August at 2.00pm

The screen industry in Aotearoa has lost one of its greatest champions, and we have lost a beloved and respected friend and colleague. Caterina De Nave was a director, producer and network executive, a true trail blazer. She was a teller of a thousand stories and worked tirelessly to bring these to the widest possible audience. She was dedicated, original, uncompromising and courageous. She was a leader and mentor to so many, and a special godmother; who inspired with her mix of generosity, honesty, creativity and kindness. She will be greatly missed.

Donations in lieu of flowers or cards, please, to www.leukaemia.org.nz

DEGNZ, with support from The New Zealand Film Commission, is pleased to offer the opportunity for a New Zealand director to screen their film to an invited audience at the prestigious DGA Theatre in Los Angeles.

The successful applicant will be flown to LA for the screening and a Q&A afterwards hosted by the Directors Guild of America. This is an amazing opportunity to introduce a stand-out film and filmmaker to the North American market.

Application criteria:
– Must be the Director’s first or second feature film
– Film must have been completed in the last 12 months
– Must be available to travel to L.A. for screening 14th November 2014.
– Must be a member of DEGNZ

We’re excited to be hosting a special Q&A screening of The Last Saint, a powerful NZ film about a teenage Polynesian boy living in the heart of Auckland city. With his P-addicted mother well on the way to going completely off the rails, three people enter his life – each with a promise – and each with the power to destroy.

When: 3.30pm Sunday 24 August
Where: Event Cinemas Queen Street
Moderated by Kirstin Marcon (dir. The Most Fun You Can Have Dying)

This is your opportunity to meet Rene Naufahu (Director), Joe Naufahu (“Pinball”), Matthew Horrocks (Producer), Thomas Rose (Composer) and OJ Raj (Composer) who will join you after the movie to answer your questions and talk about the film.

The Q&A will take place after the 3.30pm screening. We hope to see you all there!

Get your tickets here.

DEGNZ is pleased to call for applications for two paid director internships on Power Rangers, from October.

This is a fantastic opportunity for exposure to directing on an international children’s action adventure series.

The successful applicant will join an experienced and specialised crew working through pre-production, shooting and post production on an International fast turnaround television series.

They will further their knowledge in preparation and planning for shooting. Observe the process of directing actors, camera positions, schedule and time management and collaborating with other departments to tell the story.

The Power Rangers schedule will give them experience in shooting on location and in a studio environment and exposure to the workings of a second/action unit. Depending on the level of expertise there may be an opportunity todirect one or more scenes. They will then follow the shooting process through to the editing room, observing the post production process.

This is a wonderful opportunity for an up and coming or fledgling director. Ideally they have some directorial experience on a short film or the like. They will be self-motivated, professional and have a great attitude.

Fee: $800.00 per week. (ALL INCLUSIVE)
It will be a Freelance Independent contract